For Valio, 2017 was a good year from a business development perspective: net sales increased by 4.3 percent, and Valio was able to pay the co-operatives a steady milk price despite the challenging market situation. Valio introduced more than 100 new products and maintained a positive growth trend in added value products both in Finland and in exports. In addition to existing export markets, we also entered new consumer markets. Other significant events of the year included the commissioning of the world’s most modern snack plant in Riihimäki and the historically most extensive quality and production reforms to improve animal welfare.

Provisional figures show a rise in sales to 5.8 billion euros in 2017 (2016: 5,1 billion euros), the operating result improved to 29.5 million euros (2016: 13.5 million euros). The milk price paid to the farmers over the year averaged out at around 36.29 eurocents per kilo including all average bonuses and the dividend. This means that DMK succeeded in paying a higher milk price in 2017 than its average competitors. The company is to announce details of its results at the time of the Annual Assembly in mid-June.

Being Germany´s largest dairy cooperative, the DMK Group with around 7.000 employees proceeds milk at 16 sites throughout Germany and at two sites in the Netherlands. A further six sites are available for the manufacture of baby food, ice cream and health products. There is also an administrative facility in Bremen. With brands such as MILRAM, Osterland, Oldenburger, Rose, Dutch Original Cheese, Humana, Casarelli, intact, sanotact, hansal and NORMI, the DMK Group is an established name for retailers and consumers in Germany and all over the world. With a turnover of 5.8 billion euros, the company is one of the key players in the European dairy industry.

In Europe, sales continued to be impacted by difficult market conditions and Activia’s performance. As announced in February, there will be new product launches in Activia’s range.

Danone and WhiteWave combine their activities for North America to operate as a Strategic Business Unit, named “DanoneWave”. As previously disclosed, the combination will include Danone Dairy’s and WhiteWave’s current North American businesses under the leadership of Lorna Davis, who has been appointed Chief Executive Officer of the combined entity. 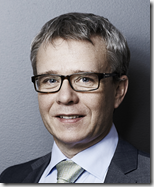 — The good results are due to increased market shares and a growing market, Kim Vejlby Hansen, CEO in FOSS says.

The revenue reached EUR 242 million, compared to EUR 214 million in Q1 2015/16, corresponding to organic growth of 11%. Divided to business area the results were:

The abolition of EU milk quotas led to overproduction in the large Central European dairy countries resulting in a global excess of supply over demand for dairy products. The decrease in demand was caused by e.g. the Russian embargo and weakening consumer purchasing power in Asia. Oversupply depressed global milk prices which affected Valio in terms of low export prices, and an increase in cheap imports and tough price competition on the Finnish market. Consumer Purchasing power was also low in Finland.

Valio is Finland’s biggest food exporter and sells products to nearly 60 countries. Valio’s share of Finland’s dairy product exports was around 97% in 2015, and the company explored new export markets and started making preparations to enter them. In Denmark, Valio will grow in the lactose free products category.

The Fresh Dairy Products division reported sales up +2.6% like-for-like, buoyed as anticipated by renewed growth in North America. Growth includes a slight -0.6% decline in volumes and a steep +3.2% rise in value.

Business in the CIS & North America area picked up markedly: In the United States, growth gathered pace over the quarter, driven by targeted investments backing brands and by the category’s return to growth. In Russia, with consumer demand sluggish, Danone continued to enhance the portfolio through higher prices and a positive mix effect, once again offsetting the significant decline in volumes in low valueadded segments.

In Europe, the division pursued a concerted effort to gradually steer its business back to profitable structural growth. Fourth-quarter trends are largely in line with those observed in the third quarter of the year. This includes, in particular, the sequential improvement in volumes, supported by the favorable basis of comparison signaling the end of PRGM (Profitable Revenue Growth Management).

The ALMA region reported a marked rise in sales reflecting contrasting performances in emerging countries, with positive results in Argentina, Mexico and Japan, and a slowdown in Brazil in a very volatile economy.

In the second quarter 2015 revenue of GEA exceeded the high level seen in the previous year by 3 percent. The service business demonstrated healthy growth. The order intake declined slightly due to the limited number of major orders. However, the basic business saw stable growth rates in both of GEA’s business areas. GEA’s operating profit improved again.
“Unfortunately, we were unable to escape the effects of the renewed decline in momentum in some of our markets in the reporting period”, Jürg Oles, CEO, says.