Markus Mühleisen will become Arla Foods’ new Head of Germany as of March 1st 2018. As Managing Director and Group Vice-President Germany, he will be responsible for Arla Foods’ business in Germany and Austria. He will report to Peter Giørtz-Carlsen, Executive Vice-President and Head of Europe at Arla Foods. 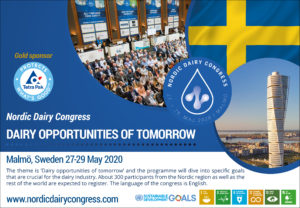